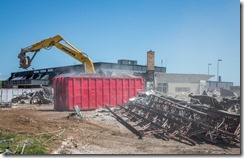 Like several hundred thousand others who normally spend the summer preparing for their annual pilgrimage to Oshkosh, Wisconsin, I’ve been anxiously trying to decide what will fill the time I normally spend tramping 10 miles in the AirVenture maze created by 10,000 airplanes.

Exacerbating the challenge is my lack of experience. This is my first AirVenture vacation since my inaugural pilgrimage to Oshkosh in 1978. Personally—and professionally—the event surpasses my birthday as the primary measure of the passage of time.

Covid’s cancellation of OSH20 has been like the traumatic amputation of a limb, but instead of phantom pain in the absent limb, I’ve been hearing things. With my office window, roughly 10 miles west of Wittman Regional Airport, for 51 weeks of the year it rarely frames the buzzing hum of a flying machine.

But this past week I’ve been hearing more airplanes than usual, and my Fitbit says all my trips down and up the stairs to rush outside to look for them would have taken me to the summit of Mount Everest. Only once did I see something that proved I was not hearing things. Early in the week, at maybe 2,000 feet above ground level, came two three-ship Vs of Piper Cherokees bound for OSH. 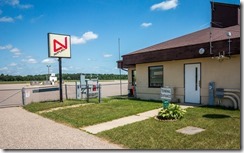 Knowing that this group normally gathers at the Waupaca Municipal Airport, I spent Friday on the road, visiting it and the other airports in the area, from Fond du Lac and Wautoma to Wild Rose and Brennand. Except for someone in a Cessna 150 flying circuits-and-bumps at Wautoma, watched by an unattended Aeronca Chief sunning its uncowled cylinders in front of an open hangar, all were quiet.

A surprise awaited me at Wittman. An excavator was slowly masticating the terminal and spitting the unrecyclable bits into big bins. If Mother Nature allows OSH21 to take place, a new 6,254-square-foot terminal will greet FBO-bound pilgrims. Riding the rest of the way around the airport, the gates were closed at every portal to the convention ground, each with the big blue sign saying EAA was closed.

Oddly enough, there were humans guarding the gates down by Convention HQ and the roads leading to EAA’s galactic headquarters, whose employee parking lot was again full of cars. Perhaps the staff is back and preparing for the August 3 public reopening of the EAA Aviation Museum. 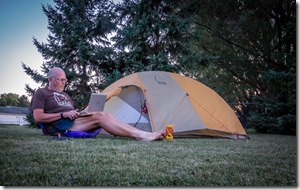 Facing my first AirVenture vacation, I ultimately decided to simulate my inaugural pilgrimage in 1978, by camping out after a long walk and considering my future. Instead of wandering the flight line, admittance to which then required a pilot’s certificate or EAA membership card, I cut my grass. (It’s a big lot; Fitbit says I push the mower 10 miles, my average daily AirVenture hike.) And instead of pitching my tent in Schiefelbein’s cow pasture, I pitched on my just mowed grass.

Having lived the consequences of decisions made in 1978, and with more years behind me than ahead, pondering the future was no easier because life’s unforeseen, uncontrollable variables, such as viruses and Parkinson’s, are what make such rumination interesting. Thankfully, technology has come a long way since 1978, and a laptop is more efficient, not to mention, legible, than scribbled notes of which path to pursue.

At 24, a civilian again for just a few months after spending a quarter of my life in the US Navy (and half of that aboard ship, which in comparison makes the Covid confinement seem like a vacation), my choosing between building an airplane and aviation career or going to college was my primary decision. 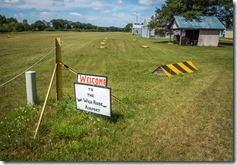 Wild Rose was devoid of grass loving airplanes and their pilot. SM Spangler

After talking with a spectrum of builders and aviation professionals, I decided to attend the University of Missouri School of Journalism, because there is more to life than airplanes. All of the builders and professional aviators I talked to, including EAA founder Paul Poberezny, shared a common trait. They were 100-percent into aviation, and that single-minded focus fueled their success.

I’m not a 100-percent person, never have been, never will be. The full spectrum of aviation has always been an important part of my life, but not to the exclusion of anything else that piques my curiosity. J-School reinforced my collegiate course because only 10 percent of my classes would focus on journalism. I would create my own course of study by enrolling in any of the university’s courses that interested me. This foundation of learning made me an autodidactic polymath.

Since my inaugural pilgrimage, I have enjoyed four Oshkosh transitions. Until 1989, I was a weekend participant, spending one day on the road, one day walking the flight line and filling a forum seat or workshop bench to learning something new, and another day on the road back to school or work. I was on the road in 1989, too, but I was hauling 5,000 Flight Training magazines and a booth, where I’d spend the week handing them out and meeting readers in the corrugated convection building that was the south exhibit building.

At Wautoma, an Aeronca Chief basked cowless in the sunshine. SM Spangler

My perspective changed again in 1999 when Flight Training moved to is new home in the east, and I was the contracted creator and editor of NAFI Mentor. At the time, NAFI was an EAA affiliate, and it gave me a peek inside the tent. A month after AirVenture I crossed the threshold when I filled the empty chair of Sport Aviation editor in chief Jack Cox. Oshkosh becomes a completely new event when you’re immersed in its preparations. It was both rewarding and frustrating, but like life itself, nothing lasts forever.

My last AirVenture transition has been the longest-lived. For 14 years (and counting), I proudly work the AirVenture media credentials for JetWhine. It has been an unsurpassed joy because its publisher, Rob Mark, encourages unbounded explorations of aviation curiosity equal to my unfettered wanderings during my first decade of Oshkosh participation. From my backyard campsite, this era surpasses the first because the road trip is shorter and I get to sleep in my own bed every night.

What’s next is unknown, unpredictable with any degree of confidence. Uncertainty is the future’s key characteristic. Depending on how Mother Nature behaves over the coming year, OSH19 might well have been my last. We can hope for OSH21, but we won’t know for sure until we walk under the brown arch next year.

And I’m okay with that because I learned in 1972 that life offers no guarantees. Each morning you awake might be your last because an A-7 dives into your apartment building one night at Mach 1, or the gunner behind the red tracers floating lazily toward your helo might find their mark, or a virus might sneak up on you. With no guarantees, what matters most is making the most of your abilities every morning you are able to get out of bed.

Like the other small airports in the area, during what would have been the week of AirVenture, Brennand was bereft of airplanes. SM Spangler

Whining about things you cannot control is time wasted that could be better invested in something you can control, something more rewarding in the moment, like mowing the grass and camping out in the backyard. – Scott Spangler, Editor


This entry was posted

on Monday, July 27th, 2020 at 8:00 am and is filed under Airports, Aviation History, General.
You can follow any responses to this entry through the RSS 2.0 feed.

You can leave a response, or trackback from your own site.