I suppose all’s well that ends well, though I still find this to be an interesting story…

Cargo 777 stalls on takeoff from JFK

This incident happened on November 15, 2020, and involves Southern Air flight 947. The cargo Boeing 777-200 with the registration code N702GT was operating a flight from New York to Seoul Incheon, and had a stall incident shortly after takeoff. This was a roughly eight year old plane that initially flew for LATAM Cargo.

Here’s a VASAviation video that has the ATC audio, and also shows a recreation of the radar:

To summarize what’s in the video:

For those of you not familiar with Southern Air, it’s a US cargo airline that’s a subsidiary of Atlas Air. Southern Air operates a fleet of 17 aircraft, including 737s and 777s. Southern Air primarily operates on behalf of both Amazon Air and DHL Aviation.

What exactly happened with this stall incident?

Obviously I’m not the NTSB and I’m also not a 777 pilot, but I did pull up some data from the flight that points to what may have contributed to this. Flightradar24 tracks the speed and altitude of flights, so it’s interesting to compare the initial climb out of JFK for the same flight one week apart (of course there are potentially other factors, but in both cases we’re talking about the same plane on an ultra long haul flight). 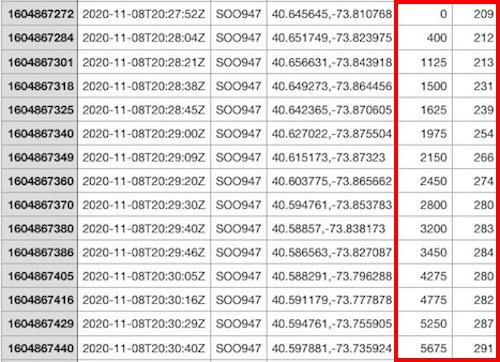 The 777 is known for having a high minimum “clean speed,” which is the minimum speed the plane needs to fly with landing gear and flaps retracted. We don’t know when flaps were retracted, but the plane typically needs to be going nearly 250 knots at that point.

Like I said, all I’m sharing is some basic observations based on the data. For a more in-depth look at this, check out this YouTube video, where a 777 pilot shares his take on the situation:

It’s a fascinating explanation that answers many question you could have about this incident. His observations come down to a few main points:

Last week a Southern Air 777 had a stall incident on departure from JFK. Fortunately the pilots managed to recover from the situation after the plane dropped 550 feet, and the plane was able to continue to Seoul Incheon.

It’s anyone’s guess what exactly happened, but based on the data it’s pretty clear that the plane was climbing at a slower speed than usual, which isn’t great when you consider the 777’s high minimum clean speed.

What do you make of this incident?

(Tip of the hat to SINJim)